This week, Cloud Campaign officially launched the new SMM platform Monitor. It’s a free tool which will give companies the ability to view all of their audience analytics and insights as well as respond to comments across all the major platforms.

You can try it out for yourself at www.cloudcampaign.io/monitor

In a continued effort to increase the platforms transparency, Facebook has announced a new authorization process for Pages. Users who manage “large” Facebook Pages will now be required to go through additional screening before being able to continue publishing posts to their Page.
Users will be prompted to newly secure their accounts with two-factor authentification as well as a confirmation of their primary country. 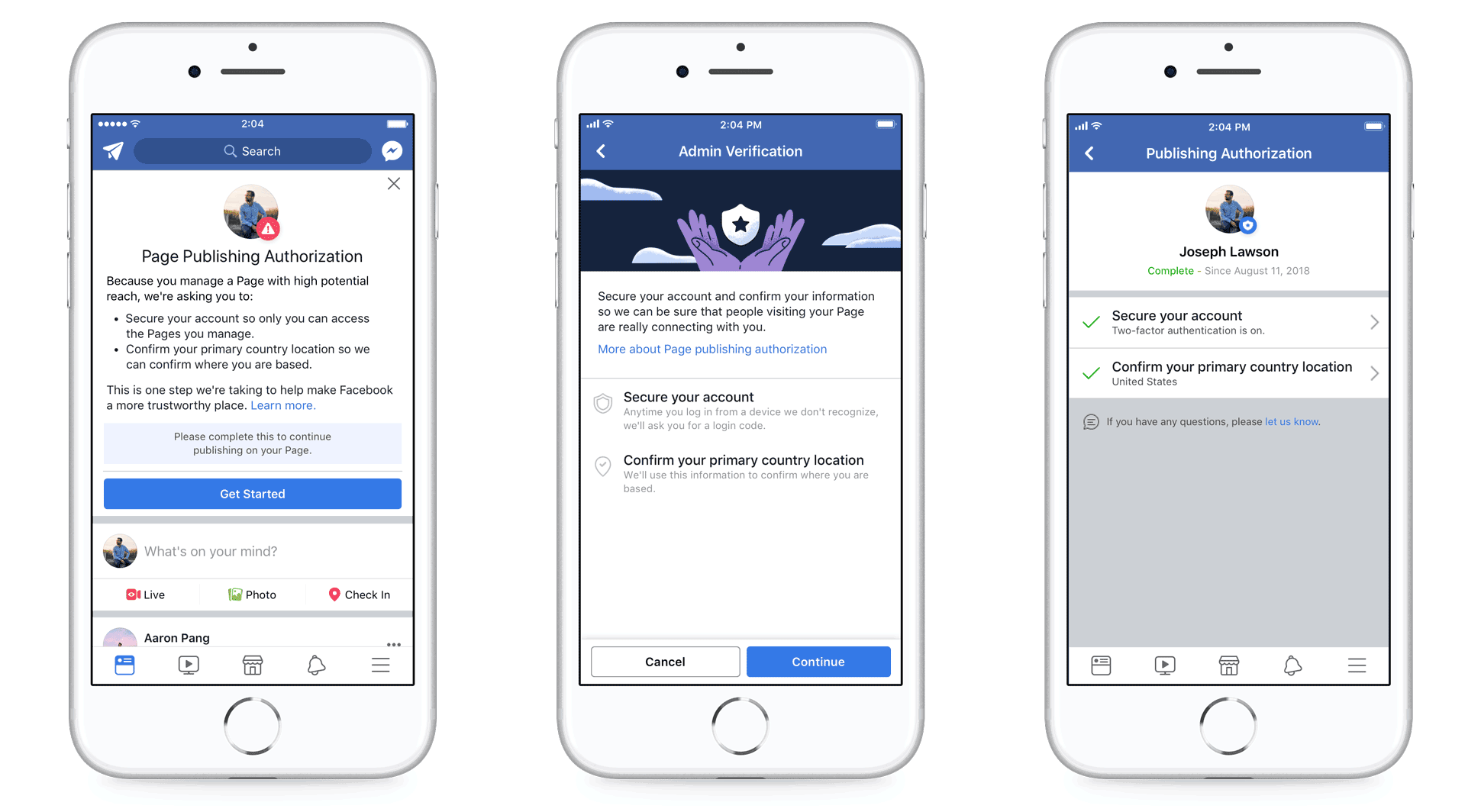 No exact metrics have been released on what constitutes a “large” following, but those who do meet this standard will be prompted via the top of their news feed.

Facebook has extrapolated on its mentorship tools by adding new options for group admins.  Admins will now have the ability to connect mentors with mentees within their group. 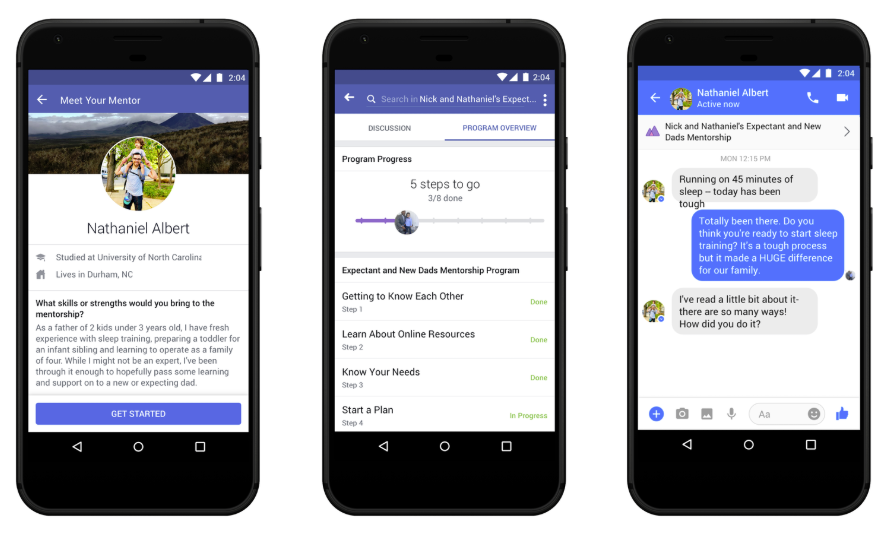 In a post, Facebook announced that there are currently more than 200 million users who are part of a “meaningful” group. The statement went on to read:

“Last year we piloted Mentorship, and by bringing it to groups, people in existing communities can now connect and get one-on-one support through a guided program.”

In order to implement this functionality, group admins simply need to create a mentorship program for their group. Some of these include skill development, career advancement, support, and encouragement. Once this has been created, members will have the ability to register themselves as either a mentor or mentee, where admins can pair them. According to Facebook, this program has already been very successful:

“For example, two mothers in Mama Dragons, a group meant to empower and support mothers with LGBTQIA children, are helping each other navigate the journey of raising a transgender child. Also, a woman was paired with a mentor from Soap-making and Business Coaching who has helped her take her love for making soap from a hobby to a business.”

This week, Facebook has announced that it is removing ‘Friends List Feeds’.  These were launched as a way to filter your newsfeeds or only post to specific groups of people. 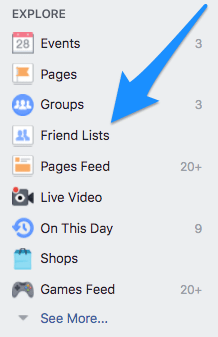 However, apparently, these feeds were highly underutilized. According to TechCrunch, 95% of users hadn’t even bothered to make a list.
Facebook noted:

“While people won’t be able to view custom feeds from lists of friends, they’ll still be able to create and edit friends lists, and share just to these audiences whenever they post to Facebook. In addition to these options, they can also keep customizing News Feed by visiting News Feed preferences to choose which posts they want to see first, or hide posts they don’t want to see.”

Facebook has announced that ads for addiction treatment centers will now be subject to new restrictions, and those for bail bonds will be entirely prohibited.
In a statement, Facebook Said:

“People facing addiction or who have loved ones in need should be able to find support without encountering scams or predatory behavior. Based on feedback from people and experts, we’ll now allow only pre-certified addiction treatment centers to advertise to people in the United States, and we will prohibit ads promoting bail bonds. These updates apply to ads on Facebook, Instagram, Messenger and Audience Network.”

Moving forward, Addiction treatment centers will be required to be certified by LegitScript, who will review their background, qualifications, and compliance with state legal and regulatory licensing requirements.
As for bail bonds, the team announced that the overwhelming predatory behavior of these companies has led them to ban all ads.  This was the team’s statement on the issue:

“Faced with the arrest of a loved one, many people lack the money to post bail, leaving them vulnerable to exploitative bail bond offers that can lead to insurmountable debt. Similar to our ban on ads promoting specific kinds of short–termloans, like payday loans, we’ll now prohibit any ads promoting bail bonds on Facebook. We consulted a wide range of policy experts, advocates and community organizations working in criminal justice to ensure we’re taking the right approach.”

In the wake of the removal of the far right political site “Info Wars,” Facebook has released a statement outlining its Free Speech Policies.  Facebook’s Vice President of Policy Richard Allan explained:
“We moderate content shared by billions of people, and we do so in a way that gives free expression maximum possible range. But there are critical exceptions: we do not, for example, allow content that could physically or financially endanger people, that intimidates people through hateful language, or that aims to profit by tricking people using Facebook.”
While this is not the most descriptive language, Allan did go on to explain that there is a critical importance to protect the most vulnerable members of society.

Facebook has announced two new AR games which are playable through messenger by up to 6 people at a time. In their release, the team described:

“You can challenge your friends around the world to two games: see who can hold a serious face the longest with “Don’t Smile”, or see who can better navigate their spaceship with “Asteroids Attack”. We’re planning to roll out more games in the coming weeks and months – including passing a beach ball back and forth with “Beach Bump” and a matching cat game with “Kitten Kraze” – so make sure to check back often!”

These games will be playable through the messenger app where there were over 17 billion video chats last year alone.

In their Q2 earnings report, Snapchat has announced a decline in active users. In the past 17 months from when they went public, the user base has dropped from 191 million DAU’s to 188 million.

For their part, the company believes the drop can be attributed to some unpopular changes and controversial redesign they are working to remedy.
However, overall the company has been doing well. YoY revenue jumped by a staggering 44 %.

In a report, LinkedIn was happy to announce that they have surpassed 575 million members on the site. Here is a breakdown they released of their user base

For a frame of reference, in the past year LinkedIn added 75 million new members, Facebook added 146 million, and Twitter added around 9 million.