Facebook has launched a new feature which will allow Messenger to pull contacts from Instagram. The option can be enabled by going into the “People” tab on Messenger and syncing their contacts. Once the link is established, users will be able to communicate with their Instagram contacts via the Messenger platform.

This one gets a little creepy. According to Snapchat:

“Over 90% of Snapchatters opt-in to share their location, and they interact with Snapchat approximately 25 times a day”.

This means Snapchat has access to where users are, where they shop, what restaurants they visit, when they go, how long they stay, etc… They are now aggregating this data and sharing it via ‘Footprints’. The company released a statement saying:

“For the first time in our location insights series, we looked to understand what U.S. Snapchatters’ visitation patterns could tell us about who they are. Below are some key learnings we uncovered by looking at their weekly location based behaviors in April and May 2018”. 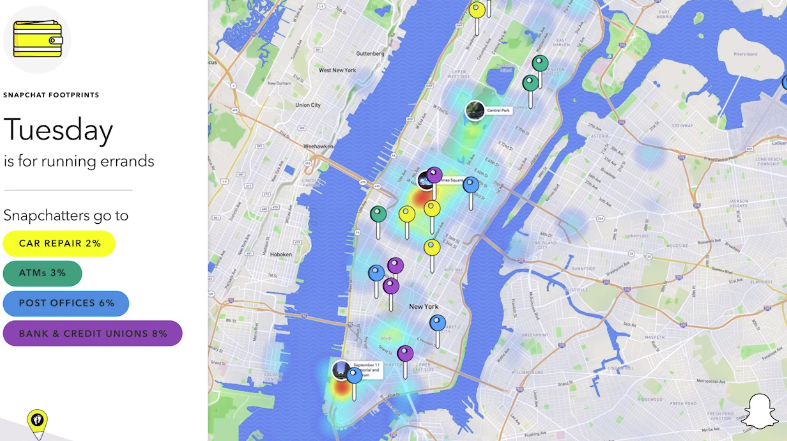 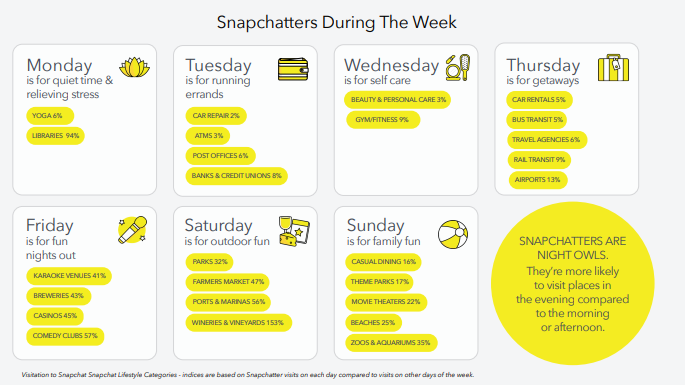 Facebook has introduced a new suite of creative tools for the Ads Manager app that makes it easier to create content on your mobile device. According to their team:

“These new creative tools allow you to create and edit ad images directly from the Ads Manager app, saving time and effort. “

The picture below was released by the company and highlights the new creative tools.

They Also provided the following descriptions:

Pinterest has launched a new ‘Night Mode’ to their web app which changes the users pin feed as well as pin look.

It is worth noting that this mode is currently only accessible through the web app, however, it is highly likely it will be added to the mobile app in the near future.

A UK channel 4 reporter went undercover with CPL Resources and has raised some new negative PR for the social media giant. For reference, CPL Resources is a company which Facebook outsources content review too. While the reporter was undergoing training, he was explicitly told:

“We have to have an admission that the person is underage. If not, we just like pretend that we are blind and that we don’t know what underage looks like”.

Currently, Facebook requires users to be 13 years or older. In response to the article, they vowed to take action stating:

“We do not allow people under 13 to have a Facebook account. If someone is reported to us as being under 13, the reviewer will look at the content on their profile (text and photos) to try to ascertain their age. If they believe the person is under 13, the account will be put on a hold and the person will not be able to use Facebook until they provide proof of their age. Since the (Channel 4] program, we have been working to update the guidance for reviewers to put a hold on any account they encounter if they have a strong indication it is underage, even if the report was for something else”.

Facebook has yet to release further detail on how they plan to crack down on this. So far they have simply promised to ramp up action on the detection and removal of these underage accounts.

Linkedin is launching new tools to help users communicate on their platform. On the 19th of July they released a statement saying:

“You can now move out of the chat-like interface and expand the message compose box across platforms for those times when you just need a little more space to compose longer, thoughtful and more formal messages. This is available now on mobile, and coming in the next few weeks to desktop”.

Some of these new functions include the ability to share attachments on-the-go, send emojis, start and manage group messages, @ mention people, and more.

In an effort to better serve marketers, Google has announced a new tool which will track visitor sources via Google Images.  According to their team, hundreds of millions of people use Google Images every day to visually discover and explore content on the web. However, for webmasters is has often been difficult to understand the role Google Images plays in driving site traffic. As such, Google is rolling out a new referral URL specific to images which will make it easier to accurately track these leads. The Google team released the following statement:

“For webmasters, it hasn’t always been easy to understand the role Google Images plays in driving site traffic. To address this, we will roll out a new referrer URL specific to Google Images over the next few months. The referrer URL is part of the HTTP header, and indicates the last page the user was on and clicked to visit the destination webpage.”

It is worth noting, if you already use Google Analytics to track site data, the new referral URL will be automatically ingested and traffic will be attributed to Google Images appropriately. Additionally, they have emphasized that these changes will not affect the Search Console.

As part of an on-going effort to become more of a ‘social platform’, Reddit has added dedicated chat rooms on subreddits. These will enable users to engage in real-time discussions with other community members. 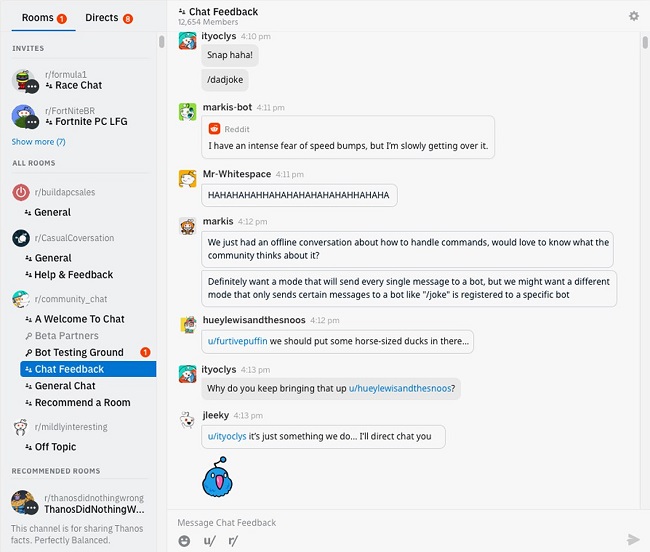 “Community chat serves a different function than Reddit’s comment threads. He points to sports subreddits, many of which already hack together semi real-time threads for game days. “They default sort that conversation by ‘new’ instead of by ‘best.’ What emerges then is people shouting into the comment box the thing that they just saw on the screen, and it’s appearing next to what someone else saw on the screen. So that’s almost real time”.