This week, Facebook announced that they were hacked and up to 50 million users had their personal data exposed.
Thomas Shadwell spoke, a cybersecurity researcher, spoke to the New York Times and released the following hypothesis on how the attack took place:

“The perpetrator’s ultimate aim was to steal what are known as ‘OAuth bearer tokens.’ Essentially, these tokens prove the Facebook user is the rightful owner of an account and denote what they have access to. As Shadwell describes them: “OAuth tokens are like car keys, if you’re holding them you can use them, there’s no discrimination of the holder.” And in the context of this attack, those keys unlocked not just Facebook accounts, but any site that affected users accessed with a Facebook login. That might include Instagram or news websites.”

In response to the hack, Facebook temporarily revoked API access to all third-party developers, including Cloud Campaign. Congress members have already started weighing in on the issue. Senator Mark Warner from Virginia was quoted saying:

“This is another sobering indicator that Congress needs to step up and take action to protect the privacy and security of social media users. A full investigation should be swiftly conducted and made public so that we can understand more about what happened.”

Lauryn Ogbechie, Education Partnerships Director over at Facebook, announced a new free online education program named Code FWD. According to the article, Facebook teamed up with Sphere to “increase the amount of underrepresented and female students interested in studying computer science”.
The program is available in both Spanish and English and is a three-step program designed to introduce computer programming to 4th through 8th graders. Once the course is completed, users can apply to earn a free classroom set of programmable robots from Sphero.
Ogbechie’s statement went on to say:

“Educators and educational organizations are essential to expose more underrepresented and female students to computer programming and to create the next generation of diverse tech innovators. We hope CodeFWD by Facebook will help support educators and organizations as they introduce and inspire underrepresented students to study computer science”.

In lead up to Advertising Week kicking off in New York, Facebook has introduced two new video ad options on the platform.
The first option is In-Steam ads, which have already become very popular among marketers. These Ads allow advertisers to target people watching video from a selection of content on the platform. The placements are bought in advance and delivered to target audiences verified by Nielsen. Users will also be able to choose content packages in specific categories such as sports, beauty/fashion, entertainment, etc.
The team’s statement went on to say:

In-Stream Reserve is a great option for premium online video and TV buyers, especially for campaigns aimed at younger, harder-to-reach demographics and light TV viewers. It is currently available for select advertisers targeting US audiences.

The second option added is called ThruPlay. This allows advertisers to optimize and pay only for ads which are watched to completion, or for at least 15 seconds. The statement went on to describe the new features as follows:

ThruPlay is available for all video placements in Facebook, Instagram and Audience Network, which includes in-stream, stories and feed. Because people can skip or scroll past ads in feed and stories, in those placements, ThruPlay is particularly effective for reaching people who choose to watch your 15-second ad in full.

ThruPlay is already rolling out in Ads Manager for both auction and reach and will be available globally in the next few weeks.

“Talent Insights is comprised of two reports, which include unique cuts of data to help you with anything from peer benchmarking and retention analysis to university recruiting.” 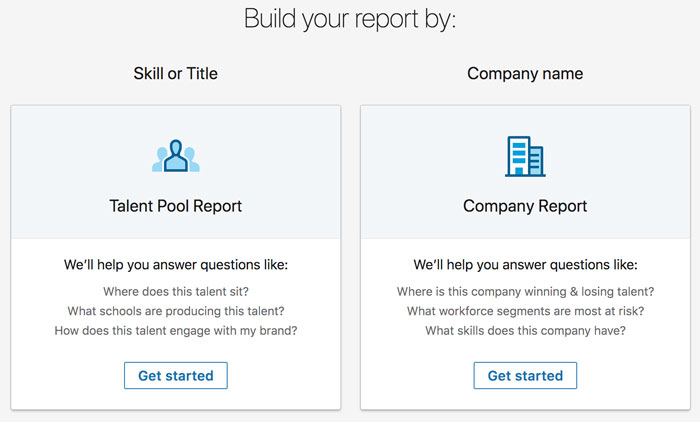 LinkedIn went on to describe 5 separate use cases for these new reports.
The first is defined as ‘Sourcing Strategy’. This gives recruiters the ability to see where talent is, and where it’s going. 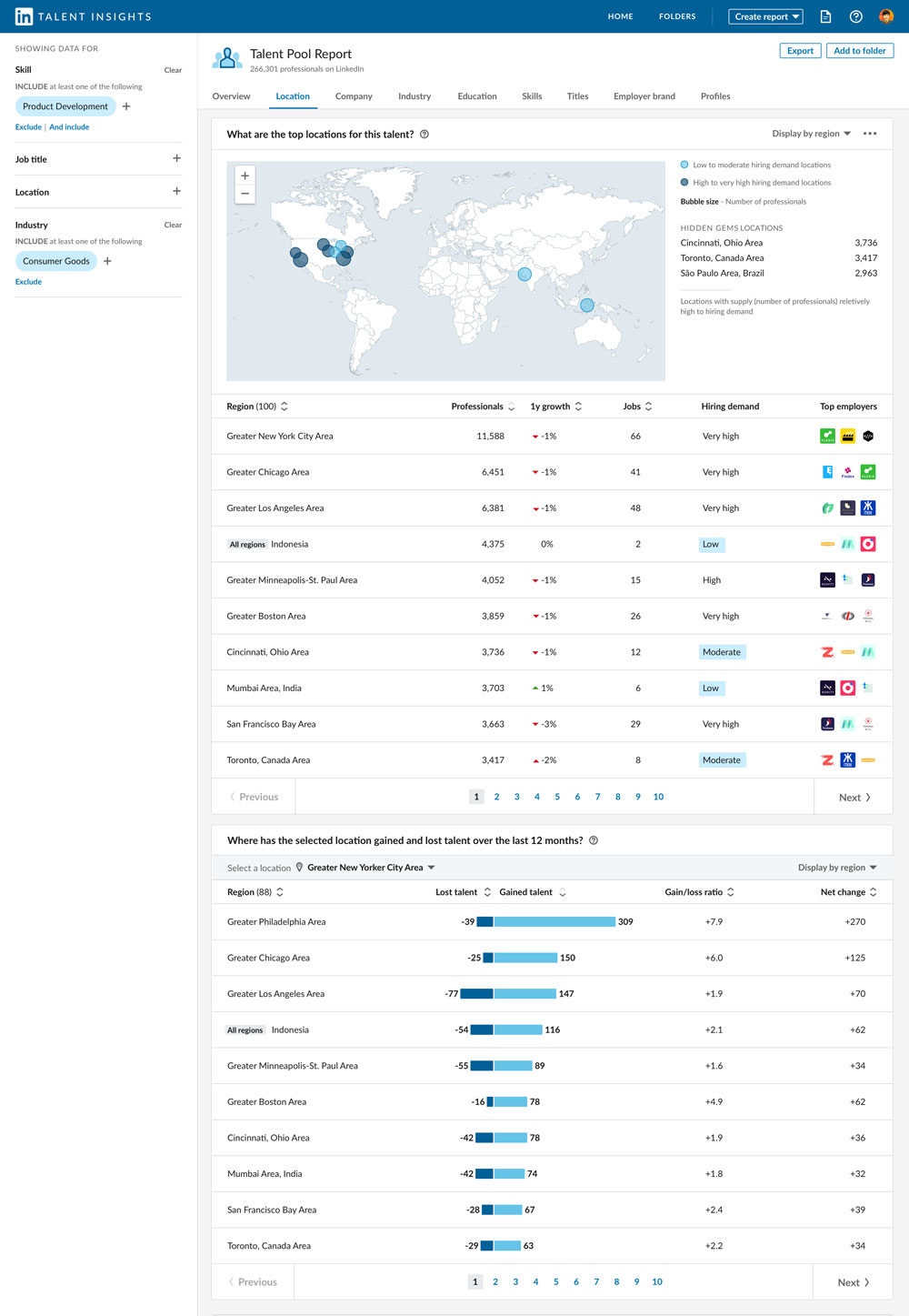 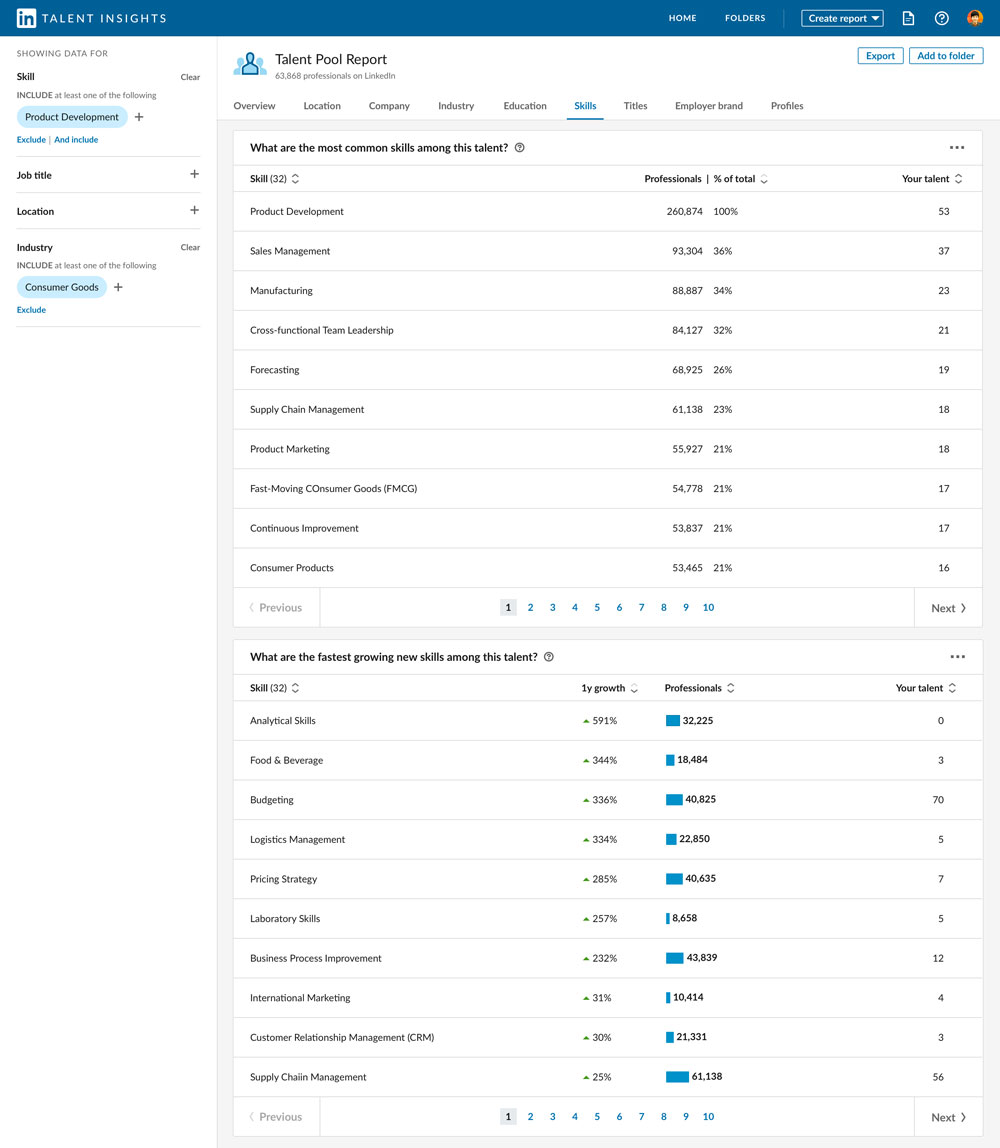 The last three, which you can find infographics on Here are as follows:

Subscribe to The #SocialSkim to receive the latest social media news every Tuesday!

This week, Facebook announced a series of updates to the platform. Here are some of the new features and updates they described:
Share your job listing in Groups: Now, in addition to posting a job listing to your Page, and having it appear in the Jobs bookmark and Marketplace, you can also share your job listing to the Groups you belong to in order to reach more people who may be interested and qualified. 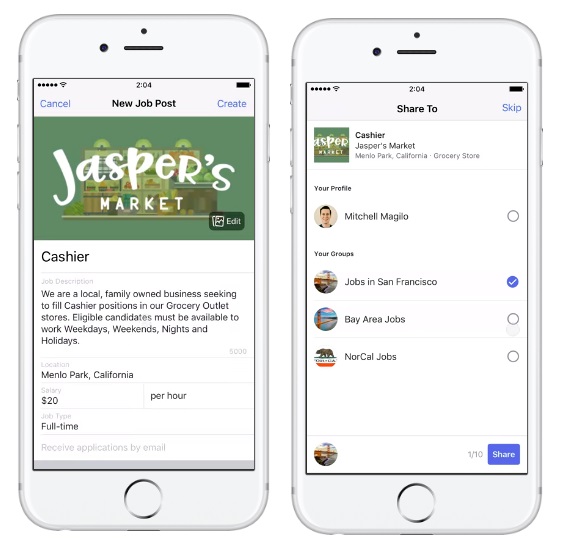 Instagram has added a new feature this week which will make it easier to connect in person. Profiles will now have a customizable identification card which when scanned, will prompt a connection request. These are completely customizable and are also sendable via text message or other social platforms.

This week, Instagram announced that it is testing a new feature which will provide students and recent graduates of the university, a common place to connect.

In a post to the official company blog, they described it as follows:

“If you choose to join, you can add a line to your profile listing your university, class year, and any relevant groups such as major, sports team, and sorority. You and others who’ve added the same university can click to go to a directory listing all the people—sorted by class year—who have added that university, where you can follow and message. Messages from people you don’t already follow will go to your pending inbox where you can choose to accept or decline—the same way Instagram Direct works today”.

In an effort to it easier to discover relevant content on the platform, Pinterest has added a ‘More Ideas’ tab. 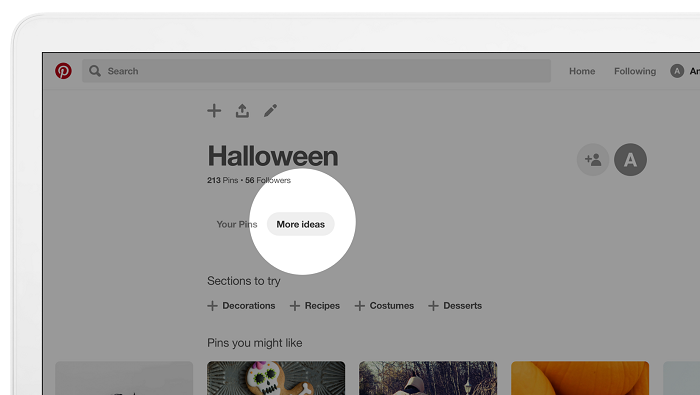 Pinterest released the following statement about the add on:

“With the “more ideas” tab on each of your boards and sections, you can explore new recommendations inspired by the ideas you’ve already saved. You’ll also see suggestions for new sections you can add to help organize your ideas.”

This week, Facebook announced that Adam Mosseri will be replacing Instagram co-founders Mike Krieger and Kevin Systron. Mosseri was the former News Feed VP for Facebook, and has received the official title of “Head of Instagram”. Instagram released the following announcement about the appointment:

“We are pleased to announce that Adam Mosseri, our current Vice President of Product, will become the Head of Instagram starting today. We’re thrilled to hand over the reins to a product leader with a strong design background and a focus on craft and simplicity – as well as a deep understanding of the importance of community. These are the values and principles that have been essential to us at Instagram since the day we started, and we’re excited for Adam to carry them forward.”